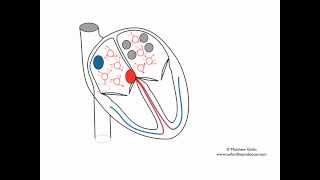 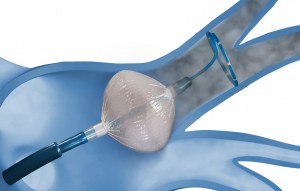 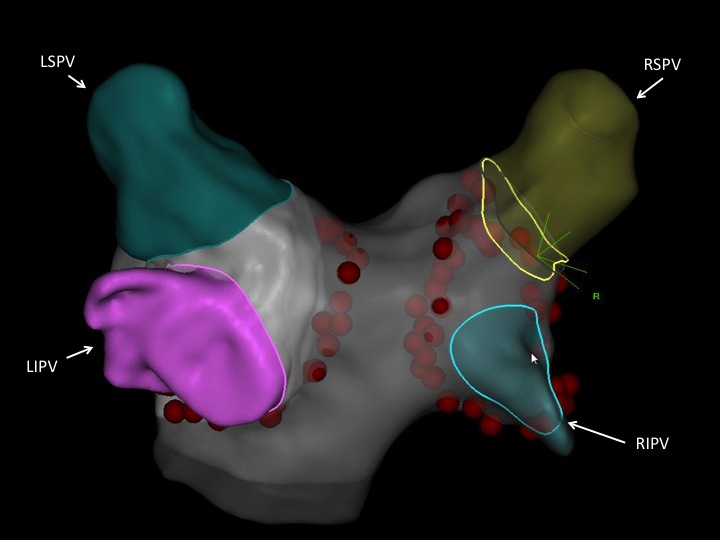 Catheter ablation of AF is considered where the AF is causing symptoms, when those symptoms have not been adequately controlled with medicines and where the symptoms trouble the patient enough to wish to go ahead with an invasive procedure. Currently there is no evidence that AF ablation reduces the risk of stroke so we do not perform the procedure in order to stop anticoagulation.

The procedure tends to be performed under general anaesthetic, although local anaesthetic and sedation can be used, especially for patients with paroxysmal AF (i.e. when AF is not always present) . A trans-oesophageal echo (ultrasound scan of the heart with a small probe in the oesophagus) is done at the start of the procedure to exclude any thrombus (blood clot) in the left atrium. X-rays are used during the procedure and catheters (small electrical wires) are passed through a needle puncture into the vein at the top of the leg up into the chamber of the heart where the atrial fibrillation originates. Ablation is performed there in order to achieve electrical isolation of the pulmonary veins. This is where AF tends to originate from in people with paroxysmal AF (see video in upper panel). In persistent AF, more extensive ablation is often needed. The procedure usually takes between 3 and 4 hours and is followed by an overnight stay in hospital.

Either freezing (Cryoablation, see middle panel) or burning (radio frequency ablation) can be performed for patients with paroxysmal AF in order to electrically isolate the pulmonary veins, but when the AF is persistent then radio frequency ablation is needed. This is done using an electro-anatomic mapping system to re-create the geometry (i.e. a 3D shell) of the chamber in question – in this case the left atrium- and this can be used to delineate where ablation has been performed (see lower image).

The success rate is around 80% for persistent atrial fibrillation and 85-90% for paroxysmal atrial fibrillation. However, 30% of paroxysmal and nearly 50% of persistent AF patients need to have the procedure done twice or more in order to achieve this. It may be months or even years before a further ablation is required. Repeat procedures are only necessary if ongoing rhythm problems are severe and frequent enough that the individual patient wants additional treatment.

It is quite common to have bruising in the groin, mild chest discomfort, a sore throat and palpitations, which are usually self-limiting after the procedure. Femoral vascular injury requiring a minor surgical repair occurs in 1 in 200 people. Cardiac perforation requiring a drain at the time of the operation occurs in 1 in 50-100 people. The risk of a pulmonary vein stenosis requiring treatment is 1 in 500. The risk of a transient ischaemic attack or stroke is approximately 1 in 200 people. The risk of needing urgent open-heart surgery is 1 in 500 and the risk of a fatal complication is estimated to be 1 in 1000.

DVLA regulations state that patients are not allowed to drive a car for 2 days afterwards, but I recommend at least one week, and generally I would not suggest any heavy exercise for at least 1-2 weeks. I also suggest that people take at least 1-2 weeks off work. We do see a number of patients who experience some arrhythmia in the first few weeks or months after the procedure which may then settle down. We normally manage this with medication or cardioversions initially and only decide on the need for further ablation 2-3 months after the first ablation. Interim management can often be dealt with over the phone or via email. Anticoagulation medication needs to be continued for 6 weeks – 3 months and may then be reviewed depending on the overall stroke risk profile.

It's now a year since my ablation. I'm writing to thank you and say I've never felt better, able to walk a couple of miles, don't get at all breathless, plenty of energy - so thank you again for giving me my life back!

Since my procedure I have not had a single episode of AF. I’m sure you’re aware of the benefits of ablation but I can only say, from my perspective, what a huge difference the successful LACA has made to my quality of life.

Was attentive and listened to me and was understanding of my symptoms, he explained the procedure a catheter ablation of the pulmonary veins using cryo ablation. The team he was leading in the catheter laboratory encouraged me and gave me confidence the procedure would be safe and that a good outcome was possible, he also warned me there was some risks which I understood. The outcome of the procedure has left me feeling a lot better although early days I feel confidant that the procedure has been successful. I have no hesitation in recommending Dr Matthew Ginks and his team at the Oxford Heart Centre John Radcliffe Hospital.

His skill as a surgeon is genuinely inspiring.